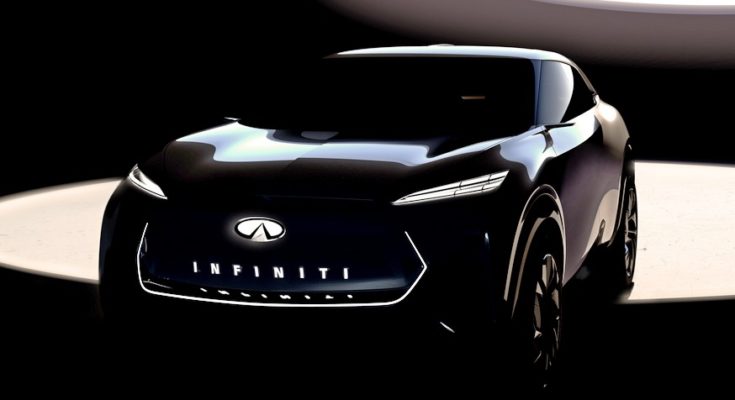 Infiniti has released a sketch of its first all-electric crossover. The model will be introduced early next year, when the premium brand, belonging to the Nissan Group, will become 30 years old. The first model of Infiniti made its debut at the Detroit Motor Show in January, so it’s likely that the current model will be shown there.

Infiniti’s first all-electric crossover was developed on a new platform specifically developed for power models. The electric car will make its debut in the new Japanese style of the company, which we will see in the next cars of the brand.

The company is expected to show a conceptual version of the SUV model in Detroit, but the serial version will not make much difference. It will be on the market in 2020 as Infiniti does not want to continue to lag behind its competitors in the segment with Jaguar is already selling its I-Pace, Audi is starting production of e-tron, Mercedes-Benz is preparing to launch EQC, while BMW will show a full-electric X3 in 2020.

For the time being, Japanese carmaker does not disclose technical details about their future crossover current and limit information about the model by showing just one sketch. From Infiniti, however, point out that elements of the previous concept models are included in the design of the electric car – such as the Q Inspiration sedan and the Prototype 10 spindle.

In addition, the company adds that the platform at the base of the crossover has a completely new power unit location, allowing for more space in the saloon. The body itself will be able to be used not only for power models but also for hybrid-powered cars.