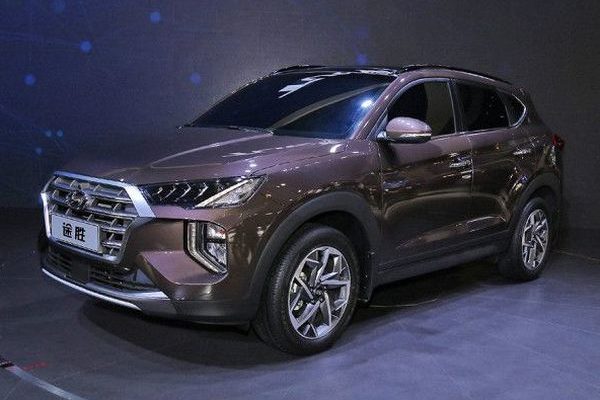 The crossover Hyundai Tucson suffered a facelift earlier this year as it touched the South Korean, US and European versions. At the Chengdu exhibition, the company presented the updated version for China, which surprised with its brutal appearance.

The front optics of the car are two-storey. The whole front has bold shapes using motifs from the Santa Fe crossover and the HDC-2 Grandmaster concept. Changes also exist in the rear lights, which are new in shape and are connected with a LED line. The total length of the machine has increased by 65 mm and already reaches 4545 mm.

A new multimedia system with a large monitor is placed in the renovated Tucson salon. The instrument panel is now virtual, like the old analogue instruments. There is a new control panel for the air conditioning system as well as storage for various items – a niche is placed in front of the gear selector.

Under the hood is a 1.6-liter T-GDI turbo engine that develops 177 hp. It works with a 7-speed robotic gearbox, replacing the current 2.0-liter atmospheric engine. The drive is front or all four wheels.