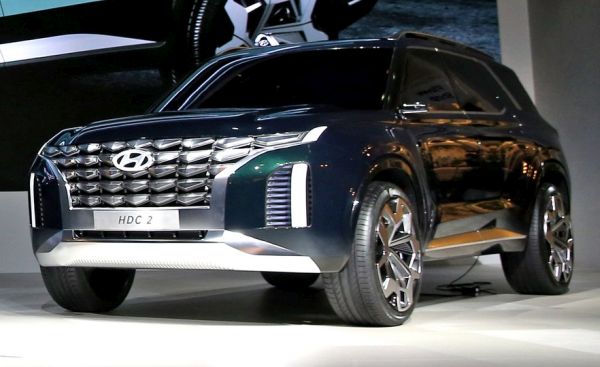 Hyundai announced the name of their new flagship, the premiere of which will take place at the end of the month at Los Angeles Motor Show.

As expected, the 8-seat crossover will be Hyundai Palisade, with the Hyundai Grand Santa Fe line-up. The car is named after an area in California, but the word “palisad” can be translated as a “high wall” or a “protective obstacle”.

So far, the company does not present photos or information about the SUV, but it is known that as an encyclopedia it will largely duplicate the HDC-2 Grandmaster concept crossover (pictured), which was shown at the Busan Motor Show in July.

Palisade is supposed to be built on the new platform on which the Kia Telluride crossover will also be based. Both SUVs will have a transverse V6 engine that will be front-wheel drive and the four-wheel drive will be available at an additional cost.