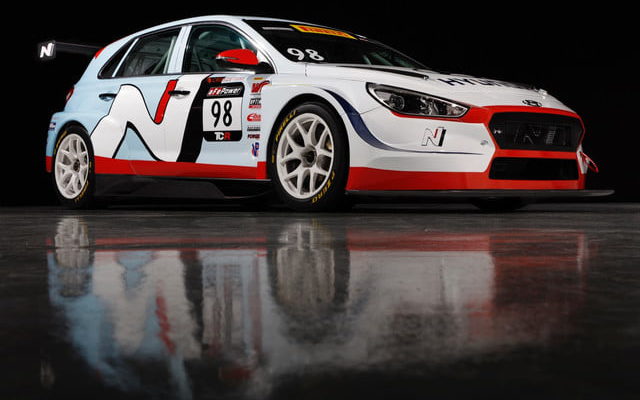 If you think that Hyundai i30 is boring small car, definitely had not seen the sports development of the brand, which is called Hyundai i30 N.

The models of the Korean brand having a letter N at the end are slightly modified versions.

The Hyundai i30 N is actually the first official N-type model of the company, which is essentially identical to the Elantra GT Sport offered on the US market, but with a turbo engine, 271 hp, sports seats, larger wheels, red accents on the body and a fine sports wing. Here, however, we are talking about the version of the model that has been fully prepared for the aggressive races of the tournament.

The Hyundai i30 N TCR has 350 hp and six-speed transmission, even larger sports rims, braids and a wing behind. Of course, the suspension is adjustable, the brakes replaced with 15-inch discs at the front and 10.9-inch rear bites of Brembo.

The weight of the homologated Korean sportsman is exactly 1,280 kg with the driver on board, which is 90 kg less than the Elantra GT.

The design phase of our TCR project began in September 2016, with the first completed test car running in April 2017.

The TCR project continues the expansion of Hyundai Motorsport, with the new car to be built and developed by the Customer Racing department at the team’s headquarters in Alzenau, Germany.