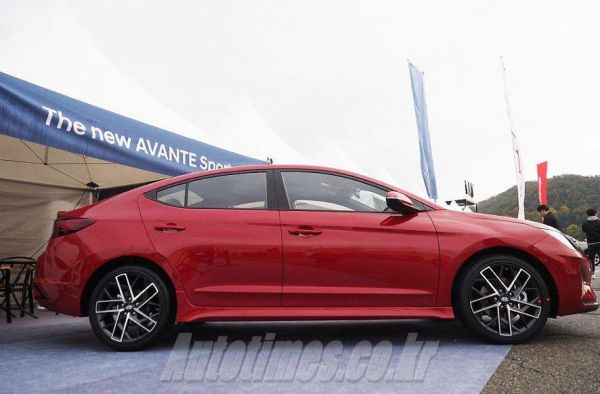 Pictures of a sports version of the Hyundai Avante sedan, prepared for South Korea, appeared in the Internet space. In other markets, the model is known as Elantra. the sports version uses the Kia K3 GT platform (Cerato), but has different body and transmission settings.

The sports modification of Hyundai Elantra has received a new grille on the radiator, as well as altered wings and a saloon in two colors. It features sports seats, red accents on the steering wheel and the gear lever, as well as new decorative elements.

The Hyundai Elantra Sport is equipped with 1.6-liter T-GDI engine, which had power of 204 hp and 265 Nm of maximum torque. The gearbox is a 6-gear manual or 7-gear automatic with two clutches.

The equipment comes with an Electronic Sound Generator system that boosts the sound of the engine. There is also a SoundHound function for music recognition, as well as overboost mode, which increases the torque for a short period of time.

The renewed Hyundai Elantra was introduced in August, with modified exterior and additional safety systems. The engines for North America are now known – a 2.0-liter with 149 hp and two turbo engines with a volume of 1.4 and 1.6 liters, developing 130 and 204 hp. The South Korean car market is also offering a 1.6-liter aggressive unit from the Smart Stream family.