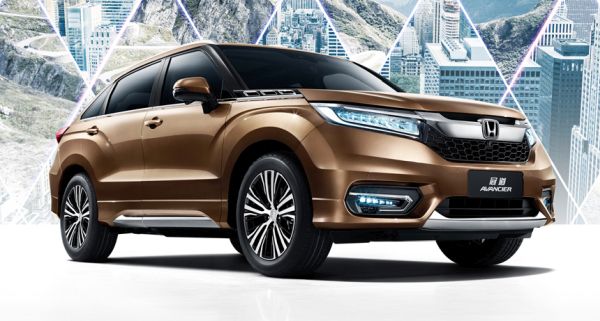 Japanese manufacturer Honda will offer a new crossover with the name UR-V on the Chinese market. It is actually a variation of the Avancier, a year ago, produced by the GAC-Honda Joint Undertaking. However, another local partner, Dongfeng Honda, was used to make the UR-V.

In most developed car markets such a move would seem like a waste of funds, but for China it is a mass practice. There are often quite a few companies running almost identical cars of a single brand, but under different names. Honda has the experience with the compact SUVs – Vezel and XR-V, the Odyssey and Elysion minivans, and the City and Greiz sedans.

In the Avancier and UR-V models, the differences, especially in appearance, are significant. All car bodywork has been changed except for the roof. So the UR-V looks a lot more sporty than its twin brother Avancier, who was in turn released as a replacement for Honda Crosstour, the world’s best seller.

Technically, however, the UR-V will not differ from its donor. It will be equipped with a 2.0-liter turbocharger from Civic Type R, which in this case is deformed to 272 hp. The engine works in combination with a 9-speed automatic transmission, with both front and four-wheel drive.

By the end of the year, a weaker version will be available, which will be base for the model. It will receive a 1.5-liter turbocharger combined with an infinitely variable transducer. Honda UV-R prices will be identical to those of Avancier, which is available in China between 39,000 USD and 48,000 USD.