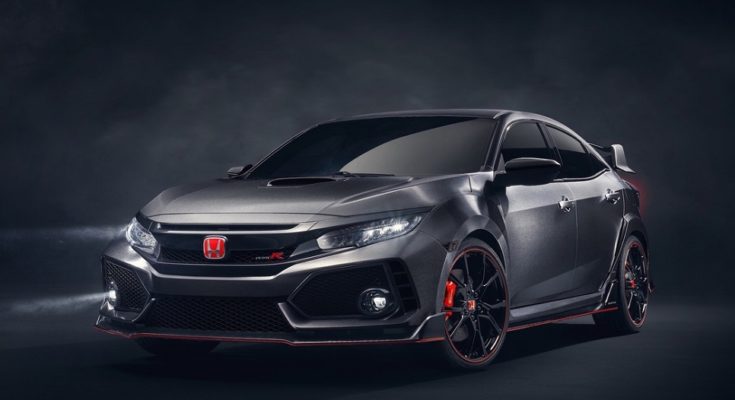 The Paris Motor Show opened its doors for media representatives, with the Japanese company Honda hurrying to showcase one of its main showrooms, the new generation Civic Type R. It is a prototype that is a fully functional and complete vehicle and will become serial car as early as 2017.

It is clear from the pictures that the prototype is equipped with the design elements known in the present Type R but applied on the new 10th generation Civic. The red elements, the 20-inch wheels, the widened wheel arches, the carbon components, and the exhaust system with 3 centrally located pipes are pinned.

Judging by the latest Honda concepts, the Civic Type R prototype will not differ from the serial version. It is expected to get the familiar 2.0-liter VTEC with a turbo, but its power will be increased from the current 310 to 350 hp.

The model will continue to be front-wheel drive and a manual transmission, and Honda has already argued that it will be one of the world’s best driving cars.

Not yet confirmed, but speculation suggests that the new Civic Type R will be released in 2017 when its sales will start. The model will be produced in the UK.