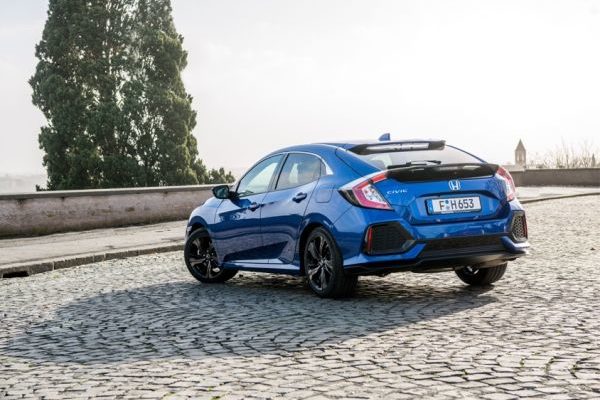 Japanese manufacturer Honda announced that it is launching sales of the European version of the Civic, equipped with a diesel engine and a 9-speed automatic transmission. Among the main features of the new transmission is that, depending on the speed, it can “miss” several gears when switching down.

The Civic Hatchback is available on the Old Continent with the 1.6-liter i-DTEC diesel engine, which is equipped with a new variable geometry turbine. The engine develops 120 hp. and 300 Nm, allowing the Civic to reach a cost of 4.1 l / 100 km. Acceleration from 0 to 100 km / h takes 11 seconds.

In addition to a diesel engine, the new generation Honda Civic has two petrol turbo engines VTEC Turbo with volume of 1.0 and 1.5 liters. The power of the engines is 126 hp and 200 Nm at the lower, and 182 hp and 240 Nm at the bigger.

The petrol units are combined with both a 6-speed manual gearbox and a vario transmission. With the 1.0-liter Civic engine, it accelerates from 0 to 100 km / h in 10.8 seconds (mechanical speeds) and 10.6 with CVT. At 1.5 liters the time in both versions is 8.2 seconds.