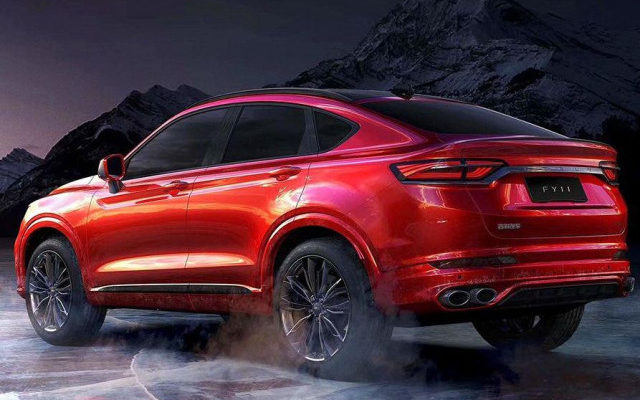 So far, coupe crossover models have been part of the premium-brand range, but the segment is expanding and manufacturers around the world are showing their own developments.

Chinese carmaker Geely is not lagging behind and has shown the FY11 cross-coupe, which was created on the Compact Modular Architecture (CMA) platform. It is the basis of the smaller Volvo models – XC40, V40 and V40 Cross Counter.

The Chinese model still has no official name (FY11 is the work version), but it’s an embarrassment of its aggressive design. The photos show the sporty version of the cross coupe, which will be different from the standard version.

The cross-coupe will also receive a hybrid version, with details of it as well as the car’s prices being announced at the April Auto Show in Beijing. Then the official premiere of the model will take place.