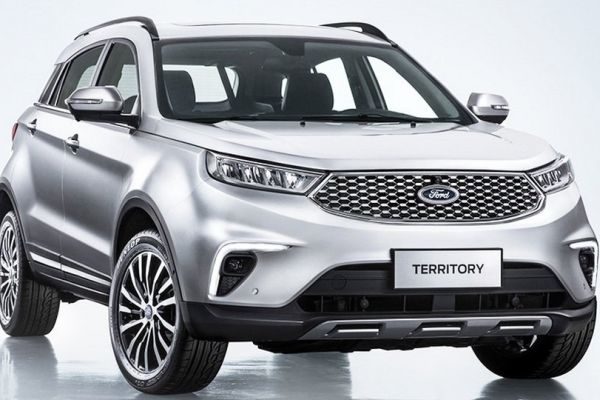 In early 2019, Ford plans to launch a new crossover crossover that will be sold under the revived Territory name. Initially, the car will be sold in China, but the US company does not rule out its appearance in Europe.

The Ford Territory model was produced in Australia from 2004 to 2016. Now the Americans have decided to launch a new budget crossover with the same name, and experts from the Chinese company Jiangling Motors Corporation (JMC) have been involved in its creation. The two companies have a joint factory in China and the crossover will be produced there.

Engine details are unresponsive, but the car is expected to have a gasoline engine and a 48-volt hybrid system. The crossover will be positioned at the entry level, which means that despite its good equipment the price will not be high. The car will be equipped with a virtual instrument panel, a multimedia system and a package of roadside assistants Co-Pilot360.