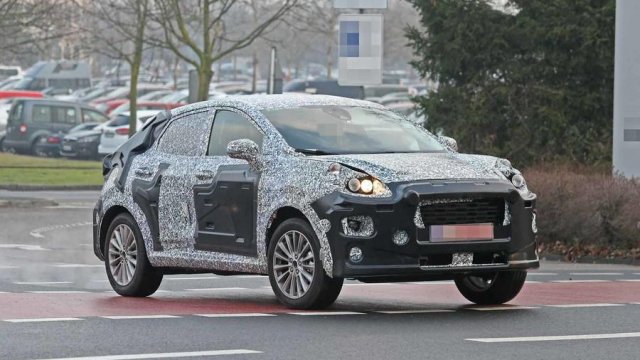 Ford started road tests of its crossover that will be built on the Fiesta body. The compact crossover model will be on the market in 2020, taking the place of the current EcoSport in the brand’s range.

The new crossover will receive EcoBoost turbo engines, which are now being fitted to the Fiesta. The car will be available both in front-wheel drive and a four-wheel drive system. The main competitors in the market in Europe will be Seat Arona and the new generation of Nissan Juke.

The car will be smaller than the current Escape/Kuga duo. It’s roughly the same size as the new Focus hatchback but is significantly raised and has a more pronounced crossover appearance.

At present, EcoSport, which changed generations in 2017, is produced at Ford’s Craiova plant, while the first generation of the model was made in India. At the same time, the Fiesta Active is also available on the Continent, but it also has a “hatchback” and will not compete with the new crossover of the brand.