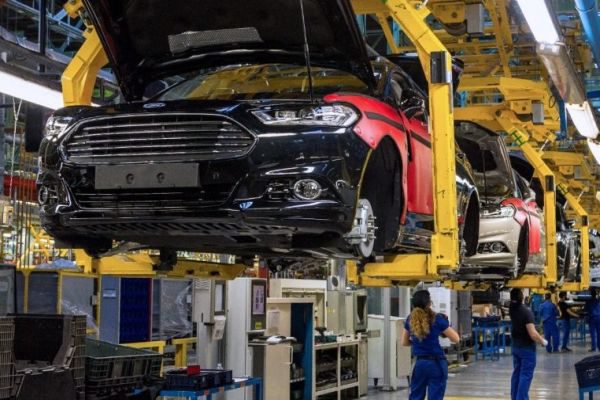 The US carmaker Ford is likely to cut about 25,000 jobs, or 35% of its workforce, in the course of its upcoming restructuring, according to the investment bank Morgan Stanley. The company’s European division will be affected hardest because its finance condition is currently negative – minus 7 billion USD. Also affected by the restructuring will be the company’s hourly workers in the United States and Canada.

The company came out with an official denial of the analyze, but in practice, it only says that the changes will be “mainly outside North America” and will be taken after a “focused and carefully calculated approach”.

The stocks of the company, which was the only one of the big three Americans to avoid bankruptcy, lost more than 20% of their value this year. The new ord’s CEO Jim Hackett promised investors a major restructuring that would save about 11 billion USD over the next five years. Since then, however, not much detail has been released.

Ford invested more than 2 billion EUR in its factory in Valencia, Spain, which is likely to protect it from future restructuring. This is not the case with the Romanian plant in Craiova, despite the much lower labor costs.

So far, it is only known that Ford’s Chinese business will be separated in a new company and the giant will invest heavily in new technologies such as electric propulsion and, above all, self-driving cars. Ford has confirmed that there will be cuts part of its 70,000 workers, but have not exactly specified what divisions and areas will be affected.

“We expect much of the restructuring to focus on Ford Europe”, says the analysis of Morgan Stanley. The European unit is on a loss of 7 billion USD. “But we also expect significant efforts to be made in North America, including parting with a full-time, full-time and part-time worker from UAW and CAW”, adds the analysis.

Just a few months ago, Ford Europe was good and reported its highest profit since the crisis, even before the market debut of the new generations of Fiesta and Focus. But this was largely due to one-off effects, and then the concerns over Brexit turned the company on red, as Britain remains the company’s most important market in Europe.

This spring, Jim Hackett admitted he was “extremely dissatisfied” with the European branch. Then, there were speculations that Ford would look for a buyer for its business in Europe.