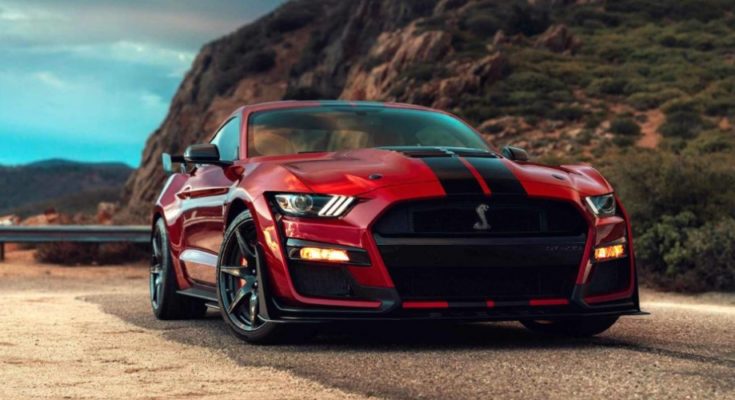 Ford has released the top version of the Mustang sports car, the GT500. The fastest model in the history of the American brand debuted at the Detroit Motor Show.

The Ford Mustang GT500 is equipped with a 5.2-liter V8 engine with a 2.65-liter mechanical compressor. So far, the exact characteristics of the engine are not revealed, but it is claimed to develop over 700 hp.

The unit works in combination with a 7-speed robotic gearbox with two clutches, the settings of which are made by Ford Performance. The transmission changes gears for 100 milliseconds, with several modes of operation including Normal, Sport, Drag and Track.

Ford Mustang GT500 also has a Launch Control feature, with the acceleration from 0 to 96 km/h (60 miles to US standards) taking 3 seconds. The drag-distance of a quarter mile (402 meters) goes in less than 11 seconds.

The fastest Ford in history has a redesigned suspension with company MagneRide shock absorbers and light springs, as well as Brembo braking mechanisms. The supercar has received body carbon elements, as well as the Michelin Pilot Sport Cup 2 tires.