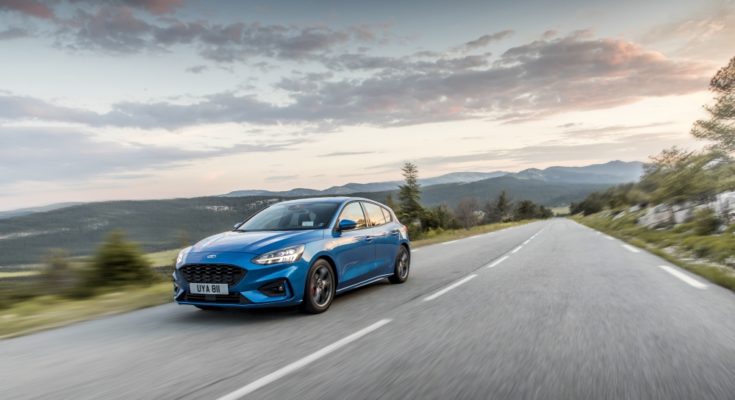 The new generation Ford Focus has already won 12 prestigious awards, including two titles “Car of the Year” since the start of its sales in Europe in the summer. According to the official data, 42,100 new cars were sold until November, with the Focus ST-Line sporting more than 40% of sales.

One in six customers selected Chrome Blue or Desert Island Blue, in addition to traditional and popular Magnetic and Frozen White. The new 8-speed automatic transmission also proves to be more preferred among customers than expected.

Produced at Ford’s factory in Saarlouis, Germany and using ultra-modern processes, the all-new Ford Focus is available in 4-door and 5-door versions, as well as a wagon version. In addition to the popular ST-Line version, the range includes the stylish Focus Trend and Titanium and the luxurious Vignale. The first SUV-inspired Focus Active Focus Crossover is also available for order.

“The media, automotive specialists, and most importantly, customers are all boasting the new Focus, and this reflects both the variety of awards the model wins and the speed at which cars come out of the showrooms”, said Glen Goold, Focus chief program engineer, Ford of Europe. “Being the best in such a competitive segment is a very high degree of recognition”, added he.

The inspiring driving behavior of the all-new Focus, developed after close cooperation with customers, has been recognized by the media and organizations in Europe, through the “Car of the Year 2019” in Croatia and Finland.

The benefits for business customers, including optimized economy from advanced EcoBoost gasoline and EcoBlue diesel engines, and the ability to wirelessly charge compatible mobile phones are reflected in the winner of the “Entrepreneurial Car of the Year” Awards in Spain and the “Best Car Compact” of the Business Cars Awards in the UK.

Earlier, Focus was awarded the maximum five stars safety from the independent Euro NCAP, one of the first cars to pass the new, more stringent tests of the organization.