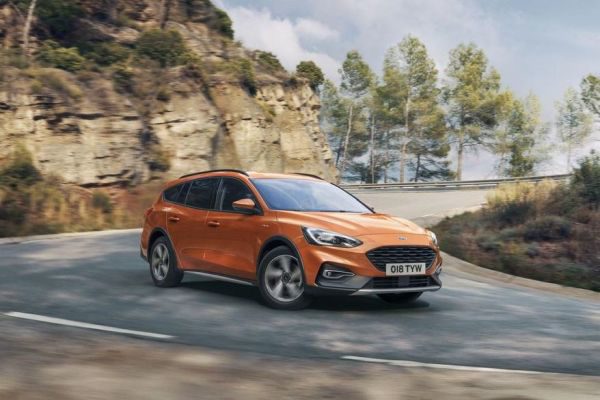 Ford has introduced two allroad versions of the new generation of Focus to the European market. These are hatchbacks and wagons that have received different suspension settings, special throttle control modes, advanced equipment and additional electronic safety assistants. The new versions of Focus can be recognized by the additional body and bumpers. Both cars have an independent rear multi-point suspension, special springs and shock absorbers, as well as cross-resistance stabilizers. Road clearance is increased – 30 mm front and 34 rear.

The boot of the wagon has a maximum capacity of 1653 mm, and a special cage for transporting dogs.

The Drive Mode Drive Selector has received two new profiles that do not allow too much banging. The first is Slippery to run on a surface with low resistance such as mud, snow or ice, and the second is the Trail, with more thrust and the anti-lock system is starting to work less aggressively.

The engines range of Ford Focus Active includes EcoBoost and EcoBlue petrol and diesel engines. The 1.0-liter (85, 100 and 125 hp) and four-cylinder 1.5-liter (150 and 182 hp) three-cylinder units can shut off one cylinder at low loads. Diesel with a capacity of 1.5 and 2.0 liters develops 95, 125 and 150 hp. The gearboxes can be a 6-speed manual or 8-speed automatic with an adaptive switch function.