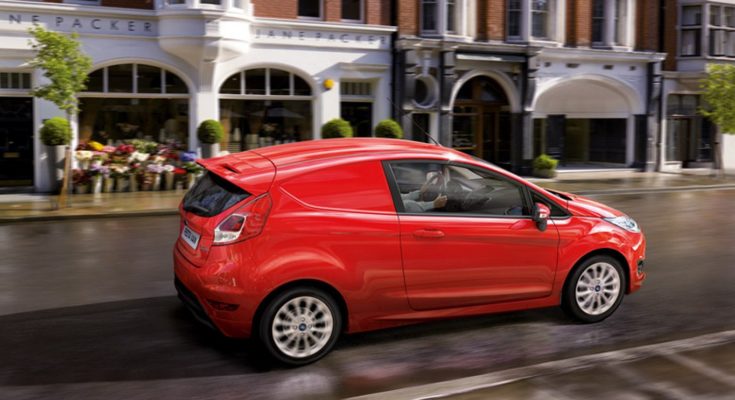 Suppliers of pizzas or flowers often resort to the use of small cars that are suitable for the transport of small loads. They often prefer models such as Opel Corsa and Ford Fiesta. The latter recently replaced the offspring, and now appears in the form of a minivan.

The presentation of the Ford Fiesta Van took place at the exhibition of commercial vehicles in the British city of Birmingham. The model is a three-door hatchback, but there is no rear row of seats. The luggage compartment volume is almost 1000 liters.

With a capacity of 500 kg. in the Ford Fiesta Van can be placed objects with a length of up to 1.3 meters. A separate partition separates the driver and the passenger from the load compartment.

For the basic Ford Fiesta Van is a 1.1-liter gasoline engine with 85 horsepower. The minivan also comes with a one-liter EcoBoost turbo engine that develops 125 hp. The diesel version is one – 1.5-liter with a horsepower of 85 and 120 horses.

The Ford Fiesta Van can boast a Sync Information & Entertainment system with a 3.8-inch touchscreen. As an option, the toughest wheels available for the new generation of the usual Ford Fiesta are provided. So far, the price of the minivan has not been announced.