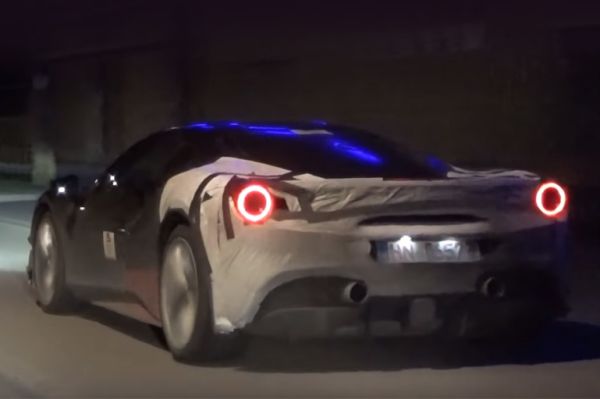 Ferrari works on two parallel projects for at least three years. The first is the development of the serial hybrid model (the limited LaFerrari series does not count), and the second – the revival of the Dino with the V6 engine, which should become the most affordable car of the brand.

After all, it turns out that these two projects are crossing and Ferrari is obviously working on a future Dino 488 Hybrid. A prototype of the model was spotted in Germany, which will be driven by V6 engine.

The prototype was shot at Maranello’s base in Italy. It is built on the Ferrari 488 GTB model, with the company likely to include the car in the 488 family when it goes into production. This is expected to happen early in 2020.

The supercar manufacturer has already gained a lot of experience in hybrid systems. The first project in this direction was the conceptual HY-KERS under which a V12 engine was fitted. However, the weight of the extra components – an electric motor, a battery and a current converter – will force Ferrari to choose a smaller V6 engine to save weight.