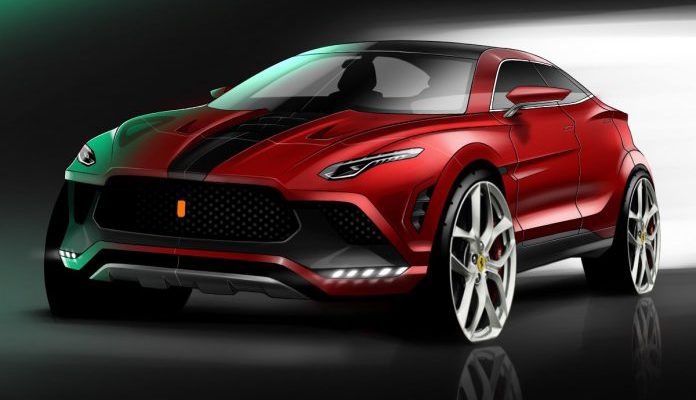 Ferrari plans to launch an SUV and will ultimately succumb to the market pressure and revenue this extra lucrative segment will bring.

Many enthusiasts were unhappy when Ferrari announced the development of the SUV, but in reality, the idea is a few years old. As the richest in the world is becoming richer, they need ever more expensive vehicles, and SUVs today, especially in markets like China and the US, dominate. Ferrari can not allow Lamborghini, Bentley, and Porsche to win these markets and lose share.

Almost nothing is known about Ferrari’s SUV, except for the fact that it will be called the Purosangue.

Designed by Giorgi Tedoradze, the render does not share any obvious design resemblance to existing Ferrari models but features a unique look. Among the most intriguing aspects are small headlamps, daytime running lights at the bottom of the bumper, a large grille surrounded by open air holes and an aggressive cover.

The side also seems to attract attention. For example, we see pronounced wheel arches, rather sharp mirrors and a number of sharp lines.