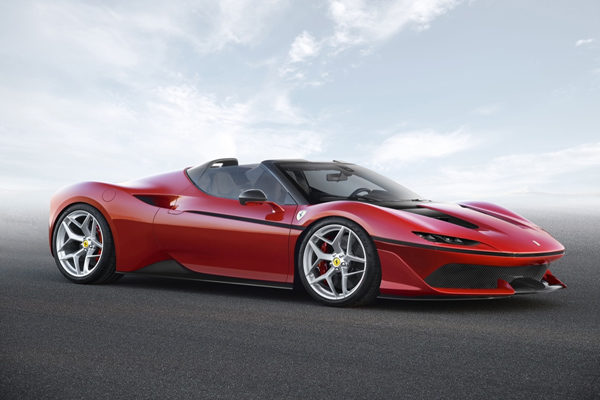 Ferrari showed the first picture, suggesting the new Italian model, which will be presented in the middle of next month. The project is labeled F176, it is supposed to be based on the 812 Superfast and will be named Monza 812.

Most likely 812 Monza will be in the styling of the concept Ferrari Rossa from the far 2000 year, the design of the new model is Pininfarina, inspired by the legend 250 Testa Rossa.

There is still no information on the technical data of the 812 Monza, but it can easily be assumed that they will be more impressive than the 812 Superfast. Superfast is powered by a 6.5-liter V12 engine with an output of 800 horsepower. The engine runs a 7-speed robotic transmission with two clutches. The maximum speed of 812 Superfast is 340 km/h, and the acceleration from 0 to 100 km/h is in 2.9 seconds.

The formula of the 812 Monza is similar to that of the J50 convertible, presented on the 50th anniversary of Ferrari’s debut on the Japanese market. The production series of the J50 is only 10 cars, the model being based on the 488 Spider. Interestingly, the J50 can also find references to the classic models of the 70’s and 80’s Scuderia.