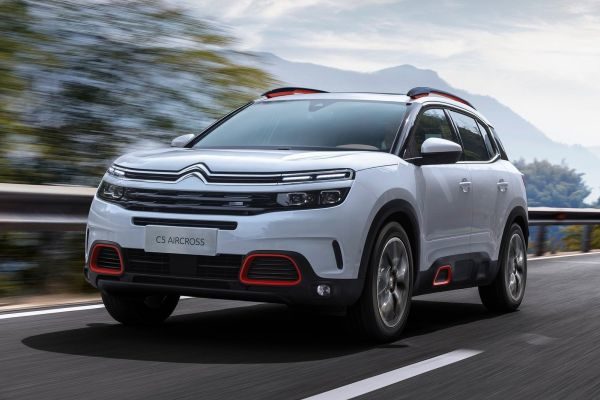 The French company Citroen has shown its compact C5 Aircross crossover designed for the European market. The official debut of the model will take place today.

The European version of the Citroen C5 Aircross will differ from the model that is being sold in China with its new engine range. It consists of several turbo diesel engines – 1.6-liter BlueHDi with 100 and 120 horsepower, and two two-liter BlueHDi, developing 150 and 180 hp. All of them work in tandem with a 6-speed automatic gearbox that transmits torque on the front axle.

Representatives of the company noted that it is planned to launch a hybrid version consisting of a 1.6-liter 200 horsepower and an electric motor. The total power of the system will be 300 hp.

With regard to the compact crossover equipment, it is worth mentioning the adaptive suspension, the touch screen multimedia system, the fully digital instrument panel, the cruise control, the emergency braking system. The Citroen C5 Aircross is sold in China for 152,700 yuan, which makes about 20,300 euros, but it is not yet known what its price will be on the European market.

It was also realized that the PSA, which owns a premium DS brand, will bring a new crossover to the Paris Motor Show in October. Besides versions with traditional gasoline and diesel engines, the compact DS3 Crossback will also be fully electric. It is expected to be equipped with a 50 kW / h battery and 200 km on a single charge.