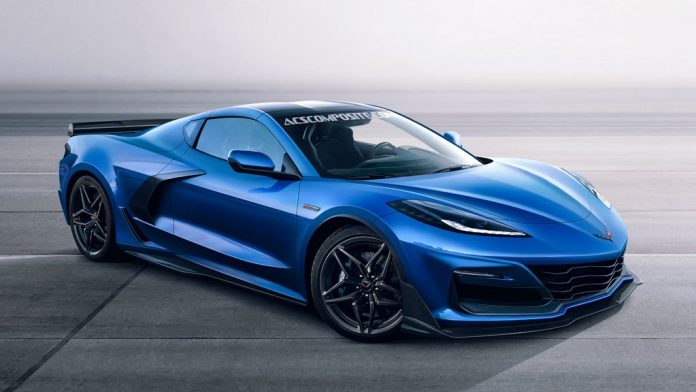 Chevrolet Corvette C8 will be one of the most important cars in 2019 and the huge anticipation of this model means an abundance of daily reports for it.

Not everything is worth mentioning, but a new report brings fresh information about the model. The Detroit Motor Show is unlikely to host the premiere, and the debut at the New York Motor Show in April also seems unlikely. This is due to the fact that a recent report shows that the Corvette C8 will be postponed for six months due to problems with its 48-volt electric system.

GM confirmed that will release Vetter with a mid-located engine in the summer of 2019. Referring to internal sources, the publication says the most revolutionary Corvette will debut next summer, perhaps at the earliest in May. Additionally, the Corvette 2020 will not have a big auto show premiere, but more likely a single event.

Assuming the report is accurate, it’s pretty good news for Corvette enthusiasts, as it means the C8 will be a model for 2020.

That would mean that Vette with a mid-located engine could start from just under 70,000 USD – far from the earlier rumours that hinted at a price of 169,900 USD. We do not know whether Bob Lutz’s information is reliable, but he certainly knows much more than journalists and fans.

He also writes that “Chevrolet is highly aware of the price range”, and that the goal, “as always with the Corvette, is to catch up or even overtake exotic cars that cost a lot more”. He concluded that this would be the best deal on the planet.

It is obvious that the powerful Corvette C8 variants will be much more expensive than the base variants. Robert Lutz estimates that they will arrive two to three years after the base C8 and will cost “more than 100,000 USD just like today’s phenomenal ZR1”.