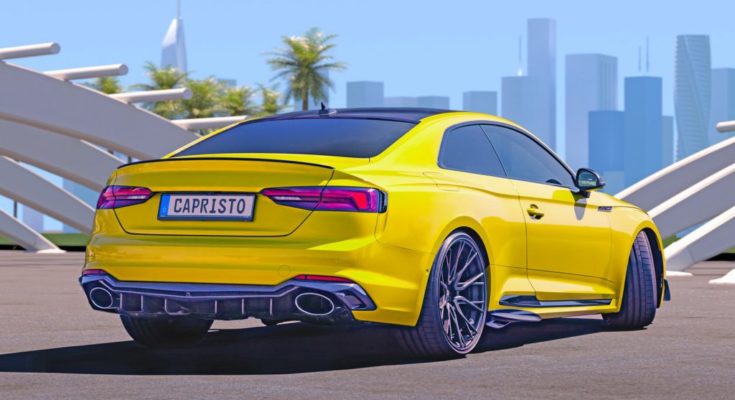 Tuning company Capristo revealed its new body kit for the Audi RS5. It includes a lot of carbon, but no improvements on the unit. Getting ahead of the Audi RS5 with a Capristo aero package would make it hard to confuse it. You will immediately be impressed by the large carbon skirt spoiler on the front bumper as well as the addition of the otherwise standard thresholds.

The focal point is the front end of the car, where a new chin spoiler has been installed. This seems normal from the front, but when viewed from the top reveals a pointy GT350-like appearance. Smaller side winglets have been designed for that DTM look.

The abundance of carbon continues with the rear diffuser.

Unfortunately, as we have already mentioned, Capristo did not take care of the better performance of the sports car, but at least the engine has received a new, more aero-packed “wrapper”.