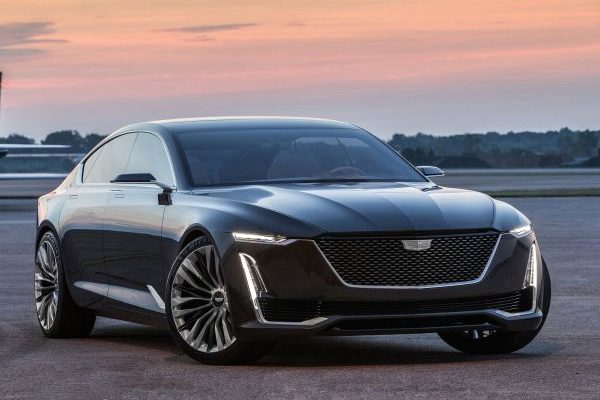 Cadillac prepares a serial version of the Escala concept model, which was shown in 2016. According to Autoline Network, the new super-sedan will be available in 2021 and its production will be concentrated at the Detroit plant.

The future flagship of the company will be built on the Omega platform, which is used for the Cadillac-CT6’s largest sedan, but will be positioned above it in the brand’s range. The Escala prototype (pictured) was equipped with a 4.2-liter turbo V8 engine with 500 hp output.

Conceptual model received LED optics and 22-inch jat. Escala’s salon was made entirely by hand by the company’s experts. The interior of Cadillac Escala makes an impression of 3 large OLED displays.

According to some information, the new flagship sedan of the US company will be marketed under the name CT9. Expectations are that the top-of-the-line model will cost more than 300,000 USD.

Much of the prototype’s stylistic solutions will also be used for the upgraded Cadillac CT6, which will be available in the US by the end of the year. The facelift will get the same radiator grille as new optics, other bumpers and a sports exhaust system.