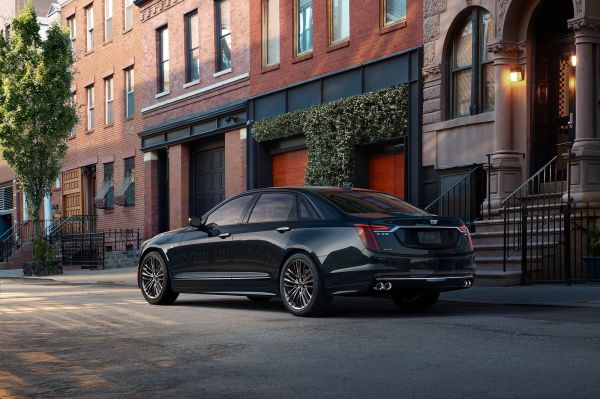 Cadiilac has introduced its upgraded version of its flagship CT6, the latest generation of which has been on the market since 2016. The model has finally received a V8 engine, which at the top-of-the-line V-Sport develops 557 hp.

The B-turbocharger is the first V8-made Cadillac motor in the last 26 years. It is produced at the Bowling Green plant in Kentucky, where the Chevrolet Corvette is also assembled. This raises the rumors that the new generation of the sports car, which will be on average on the bike, will get the same aggregate.

The engine itself has direct fuel injection, four camshafts and 32 valves. The two turbochargers provide 507 hp. and 750 Nm for the standard CT6 with V8 engine and 557 hp. and 850 Nm in the V-Sport. General Motors, whose development is the aggregate, claim that this data can be adjusted upwards.

The Cadiilac positions its top-class as a competitor for the Mercedes-AMG S-Class as it is equipped with a four-wheel drive system, a rearward-facing chassis, an increased triple differential, modified steering, adaptive Magnetic Ride Control suspension 19-inch Brembo brakes.

The company suggests that such a large sedan (its length is 5182 mm) will be used on the track and therefore have included racing mode. It incorporates adaptive thrust distribution between the two axles, sporty settings of the electronic assistants, turning the rear axle and an active exhaust system.

So far, the dynamic features are not being communicated, the timing of the market model is not clear. More details will be made clear during the New York Motor Show next week, where the standard Cadillac CT6 and the V-Sport will be among the exhibits.