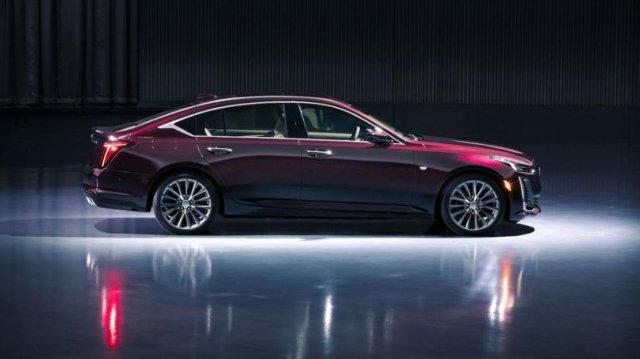 Cadillac revealed the appearance and preliminary features of its new CT5 sedan, which replaced 3 models in the brand range – XTS, CTS, and ATS. The premiere of the car will take place on April 16 at the New York Motor Show.

The Cadillac CT5 is built on an upgraded Alpha platform with MacPherson front suspension and multipoint rear. The design of the sedan is in the style of the latest models of the brand – the CT6-V and the crossover XT6. It has received a narrow headlight and vertical headlamps, and looks like the 206 Escala concept model.

The new model of the Americans will be offered with a front-wheel drive or a four-wheel drive system. The 2.0-liter gasoline turbo engine with 4 cylinders and a 3.0-liter V6 twin-turbo will be available in the engine range. They will be combined with a 10-speed automatic transmission.

The Cadillac CT5 equipment list enters the Bose audio system of the special Performance series. The company claims that the sound of the sedan is very important, by promising access to a special “library” with tunes and an active noise isolation system in the base version of the model.

Cadillac CT5 sedan will be produced at General Motors’ plant in Lansing, Michigan. Because of the new model, the concern has invested over 200 million USD in the plant.