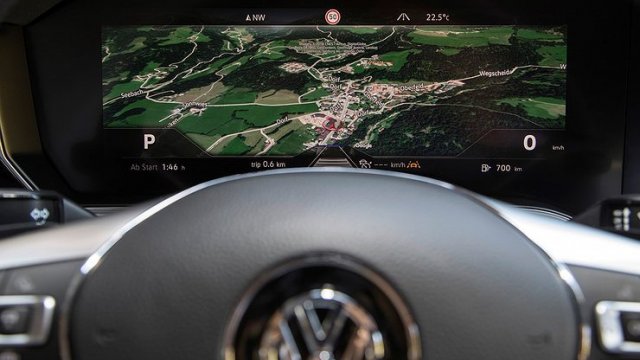 The modern interior design of automotive manufacturers requires placing a virtual instrument panel instead of a standard one. And if until recently the displays could only be seen in premium-segment cars, they are now common in cheap models as well. However, the progress does not stop there, and the Volkswagen company is ready with a new kind of interactive display, which is curved.

In fact, the technology was created by Bosch and the first model on which this unusual 12.3-inch screen will be placed in Volkswagen Touareg.

The developers of the panel say that it can be set up very easily, also showing navigation maps, a list of phone numbers, and even a song playlist. Screen data is managed either from a multi-function display or from the multimedia display.

Furthermore, the new technology increases the safety of the vehicle. During the tests, it was found that information from the curved screen is more easily acknowledged by the driver and so he can notice and respond to the warning messages in a timely manner.

Another advantage of the new display is the lesser glare it gives. This is achieved with the help of a thin layer of liquid, built between the screen and its protective glass. It absorbs the light waves, and does not reflect them.