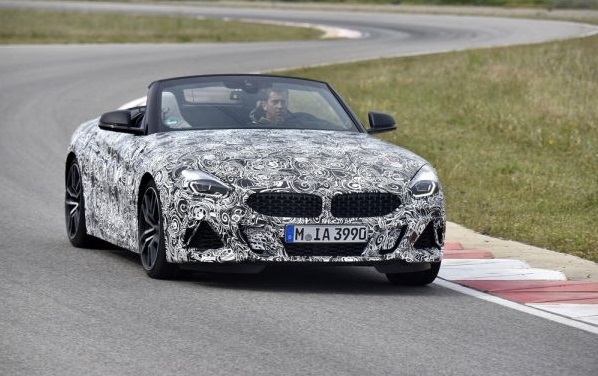 BMW announced that it will present a new model at the Monterey Car Week car show, to be held in California at the end of August. Experts believe it is about the premiere of the long-awaited BMW Z4 roadster.

At the Speedway Festival in Goodwood recently debuted Toyota Supra, the closest “relative” of the German model. BMW officials said they would show a new car in California, but did not specify what model they meant. This information was promised to be revealed shortly before the exhibition. “Suffice it to say that this new model will undoubtedly be an emotional complement to BMW’s current model range,” the German company said.

To date, the new roadster has repeatedly fallen into the lenses of the photophores, and can be seen on the tear and patent images. A camcorder video Z4 M40i appeared in June. It is known that this car has received a “extremely powerful” 6-cylinder engine with a volume of 3 liters.

Moreover, the new model can also be equipped with a 2-liter turbocharger with four cylinders. He is also expected to receive Toyota Supra. In the near future BMW is expected to also present the M850i ​​Coupe and Concept M8 Gran Coupe.