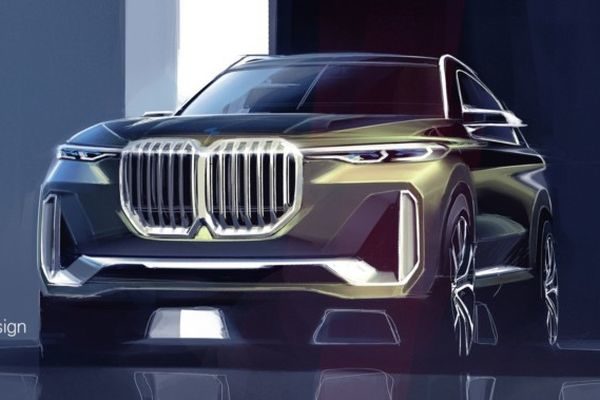 BMW has registered the X8 brand and will offer a luxury crossover with this name. The standard versions will compete with the Range Rover and the future Auid Q8, and top performances will be direct rivals of Bentley Bentayga, Lamborghini Urus and Rolls-Royce Cullinan.

Bavarian Concerns Development Director Klaus Froudich confirmed to Autocar the upcoming release of such a model, but declined to reveal details. The reason is that the BMW leadership has not yet made a final decision on how to take the luxury car.

The first option is standard – the BMW X8 will become a coupe version of the future X7, which will be available until the end of the year. Thus, the Bavarians operate with the X5, which has been converted to the X6 crossover, as well as the X3, which after the bodywork became X4.

The second option is that the new X8 will be an extended version of the X7, with a more spacious saloon and a straight roof. In any case, the crossover will be delivered with 4 or 5 seats, while the X7 will have a 7-seat version. The idea is to focus on the luxury and comfort of second-class passengers.

In any case, the new BMW X8 will be the most expensive model of the Bavarian manufacturer. It is expected to enter the market around 2020.