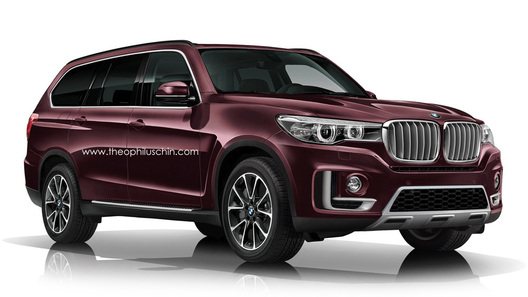 The rumors that BMW has been working on a 7-Series based SUV have been running for a long time, and have gradually become reality over time. According to latest information, the Bavarians are thinking not only of a large and luxurious SUV, but also of its M version, which will have the difficult task of competing with Bentley Bentayga and Mercedes-AMG GLS 63, writes BMWBlog, quoting a company manager wishing to be anonymous.

The SUV is expected to receive a new version of the 4,4-liter V8 engine with 600 hp, which will be installed in the next generation of the BMW M5. In addition, under the bonnet, BMW’s largest crossover will be fitted with a number of 6 and 8-cylinder gasoline and diesel engines. According to BMWBlog, we have reason to expect a 12-cylinder heart, but in view of increasingly tightening ecology and fuel consumption standards, it seems unlikely.

It seems that the BMW X7 will start a whole new family, with the addition of a “sports” version with a 7-seat modification. The range will also feature a super-luxury version that will compete with Bentley Bentayga’s highest levels of equipment as well as the future Mercedes-Benz GLS in the version prepared by Maybach. It will have only 4 seats and will offer a huge place for the rear passengers.

It is planned that the future flagship of the Bavarians will be presented in 2018, and its production will begin about a year later. It will be concentrated at the Spartanburg (USA) plant where the X5 and X6 are now being assembled.