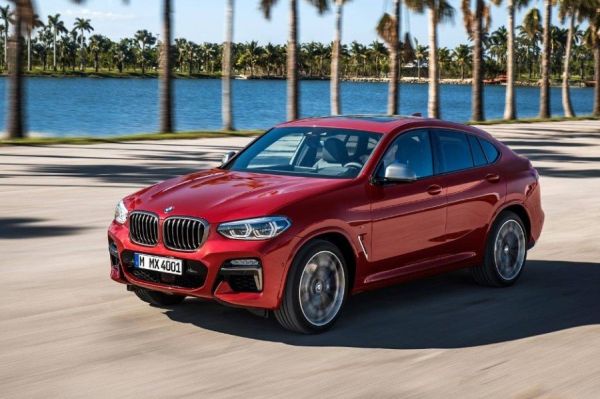 German carmaker BMW boasts the new crossover X4 (factory code G02). The company has released a video that shows the main differences between the two generations of the model to demonstrate the main novelties.

First of all, the shape of the rear lights, whose appearance partially repeats the Mercedes GLC vibe design solutions, is noticeable. Different are both exhaust pipes. In addition, the registration plate is already on the bumper, not as before – on the rear door.

The front lights are also changed compared to the first generation. The shape of the fog lamps has been revised. The radiator grille has become much more massive. The interior has got a much more modern look, the seats, the steering wheel, the center console, the dashboard, etc. are changed, and the multimedia system can be operated with gestures.

In the range of modifications of the BMW X4 there will be two “inflated” versions of the M Performance – M40i and M40d. The first one will be released in August, with a 360-hp 3-liter gasoline turbocharger. and 500 Nm of torque. The M40d will have a 3-liter 6-cylinder diesel that will develop 326 hp. and 680 Nm.

The engine range includes two more four-cylinder gasoline engines with a capacity of 2 liters. They develop 184 and 252 hp. There are also two 2-liter diesel – 190 and 231 hp, as well as a 3-liter 265 hp diesel. All modifications are equipped with a four-wheel drive xDrive and an 8-speed automatic transmission.