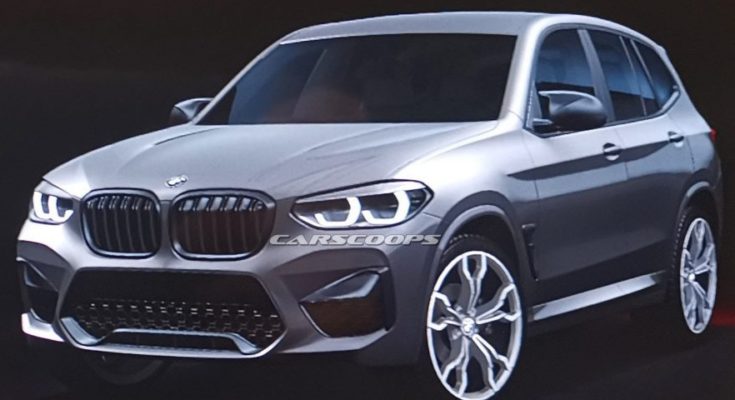 BMW released the first photos of the 2020 X3 M and X4 M in September, but now we get a first look at the X3 M. Revealed through the crossover iDrive entertainment system, the image shows that the upcoming model will have an aggressive front with black air holes. The bigger changes are further down, as the powerful crossover has a new front bumper with large air holes. We can also see a black stripe over the central opening, as well as wide air inlets on both sides.

Behind, the designers have fitted openings on the fenders and sports side sills. The model is equipped with aerodynamic mirrors, five-spoke alloy wheels and black strips around the windows. Last but not least, roof rails have been removed to improve aerodynamics.

The photos show the X3 M only in front, but previous spy photos revealed that the model will have a modified rear bumper and a sports exhaust system with four exhaust pipes. The crossover will also have a unique rear spoiler and a small diffuser.

In addition to giving us a clear look at the BMW X3 M, the last set of photos reveals the digital instrument cluster of the crossover.

The engine is likely to be coupled with 8-speed automatic transmission and all-wheel drive M xDrive, which is similar to M5. BMW has already confirmed the latter and promised that the model will have “maximum grip” as well as “extremely dynamic driving characteristics”. Other features will include active M differential and sports suspension.