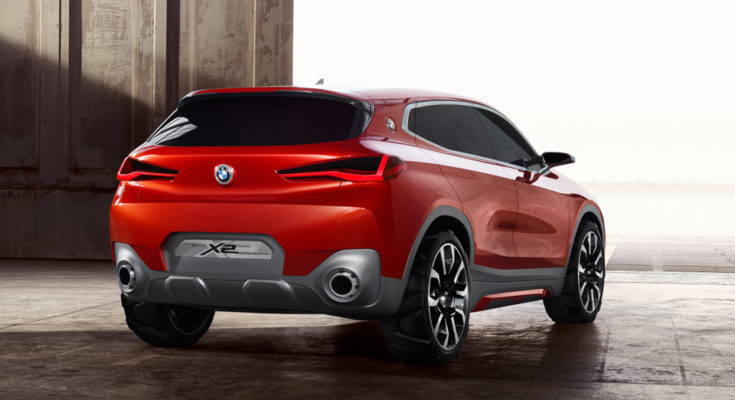 The German manufacturer BMW has presented a precursor to a new compact cruiser. The prototype has been named X2, debuted at the Paris Motor Show.

“The BMW Concept X2 is a car for active people looking for the link between joy and function”, said BMW Group chief designer Adrian van Hooydonk. “The concept represents a new exciting BMW brand in the compact segment”, added he.

So far no technical details of the car have been reported. According to unofficial information, the length of the X2 is 4439 mm, the width is 1821 mm and the height is 1598 mm. This means that the new model of length and width is identical to that of the new generation of X1 but is lower than 14 mm.

The serial BMW X2 will become the second model of the German brand built on the UKL front-end platform. This chassis is also used for the MINI (the next generation of Countryman), and also for the X1 and the 2-Series Active Tourer. The model will be launched in 2108 and will be available with a 2.0-liter gasoline turbo engine with 191 hp as well as 2.0-liter diesel engines developing 150, 190 and 230 hp

The customer will be able to choose between 6-speed manual and automatic gearboxes. Optionally, a four-wheel drive system will also be available. A M-version with a 2.0-liter gasoline turbo engine with 300 hp is also planned.