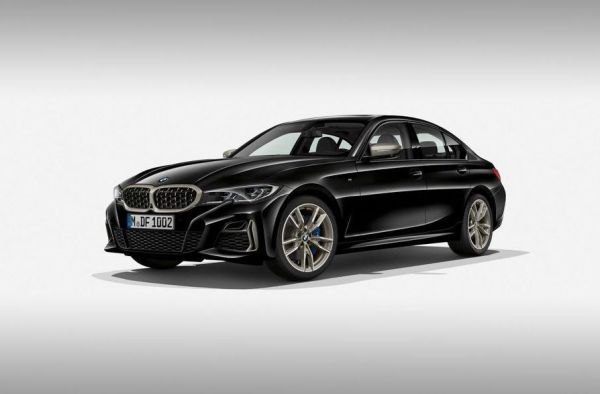 The German manufacturer BMW unveiled the most powerful modifications of the new generation of the 3-Series – the M340i and M340i xDrive sedans, which world premiere will take place at the Los Angeles Launch Event at the end of the month. The two cars received special chassis settings, a straight six-cylinder turbocharger and a M-differential.

The BMW M340i is equipped with an engine, developing 387 hp and 500 Nm. For Europe, the engine will develop 374 hp, with a twin-scroll turbocharger coupled with a steel exhaust manifold. On the bike, only 25% of the details are identical to those of the old generation.

The transmission is an 8-speed “Sport Steptronic” with improved hydraulics, shortened gear ratio and lawn-control function. The box can be adapted to the way you drive and route using data from the navigation system and active cruise control.

In the standard equipment of the BMW M340i, the M-Sport suspension is more rigid than the standard as it has reinforced springs and stabilizers for lateral stability. In addition, it is reduced by 10 mm adaptive suspension with electronically controlled shock absorbers is available as an option.

The car has received more steering mechanism with a changed gear ratio, braking M Sport with dimensions 348 mm front and 345 at the rear, a system Performance Control (only for vehicles with xDrive), whereby, when necessary, a larger part of the torque is transferred to the rear axis, as well as a differential lock with electronic lock.

In the car, as with all other versions of the new BMW 3-Series, a new 10.25-inch multimedia system running on the BMW iDrive 7.0 platform has emerged.