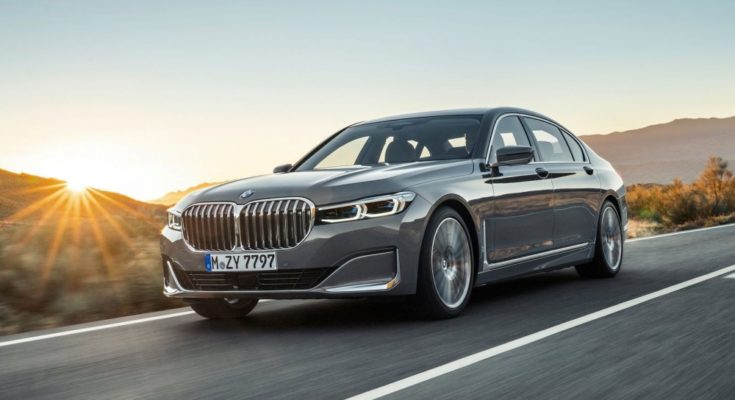 The German manufacturer BMW revealed its renewed 7-Series, which will be available in April 2019. The brand’s flagship has received changes to the exterior, modernized engines, and additional equipment.

The main difference in the exterior is seen at first glance, such as the large grille of the radiator, which is borrowed from the big crossover X7. New headlamps are also new, fenders and bonnet are changed. The rear lights are already connected to a line.

The interior features the new 12.3-inch digital instrument panel of the brand, as well as a new multimedia system. It works with the BMW 7.0 operating system and has a voice assistant, Intelligent Personal Assistant. It is activated with the command “Ok, BMW”, and can adjust much of the car’s functions using voice commands.

The renewed BMW 7-Series is already featured with a parking assistant who, without the driver’s participation in automatic mode, can move backward.

The most powerful modification relies on a 6.6-liter W12 engine with two turbines. This is the 760Li xDrive, where the engine develops 609 hp and 850 Nm of torque. For the sedan model is also available a 4.4-liter V8 turbocharger, which is placed on version 750i. This aggregate relies on 530 hp and 750 Nm, providing acceleration from 0 to 100 km/h in 3.9 seconds.

The refined BMW 7-Series units are combined with an upgraded 8-speed automatic transmission and a Launch Control system. It is already included in the model’s basic equipment.