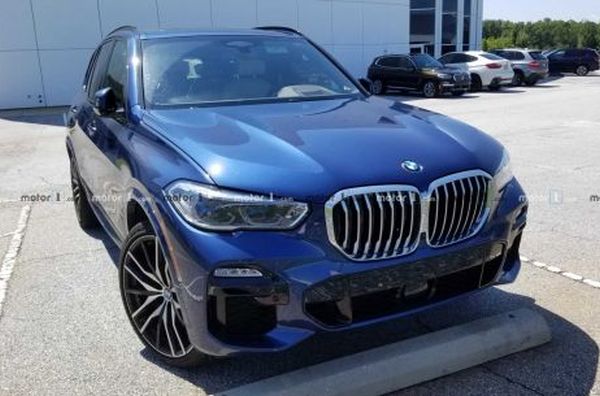 Recently, BMW has been seriously busy expanding its range of SUVs. The Bavarians launched new X4 and X5, and soon X7 will join them. At the same time, the new X6, as well as the sporty X5 M, is being prepared.

Before that, however, BMW will release the most powerful (at least the moment) version of the X5. This is the modification of the M50i, whose prototype was spotted during the tests. The SUV will get a new engine, the 4.4-liter V8, which debuted at the BMW M850i. This unit develops a power of 530 hp and 750 Nm of torque, working with a familiar 8-speed automatic transmission.

At the moment, the most powerful version of the SUV is xDrive50i, which also relies on a 4.4-liter V8 with two turbines, but its power is 456 hp. For customers in Europe, the M50d is also available, equipped with 3.0-liter 6-cylinder diesel and 400 hp. It has a torque of 760 Nm.

The new 4.4-liter V8 will also be placed under the hood of the next generation of the BMW X6, which will be introduced next year. And after his release, we should see pure-blooded X5 M and X6 M, which will get even more powerful V8 under his hood. It will develop around 600 hp.