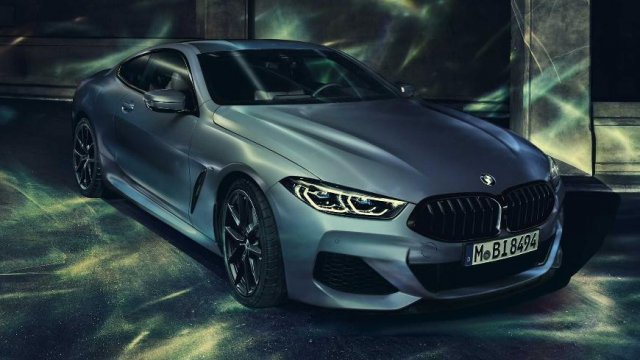 Just a month after the release of the BMW 8-Series, the company announced that it will offer another unique version of the model. The Bavarians have already shown a car that incorporates bits of meteorite, but only one piece has been produced.

Now, however, a new version of the M850i xDrive Coupe will be released, which will be named First Edition. It is distinguished mainly by the completely new “metallic” color of the body – Frozen Barcelona Blue, developed by the BMW Individual. The cabin will come in a series of 400 units, the price is not reported yet.

Of course, the BMW M850i xDrive Coupe First Edition will have more than just a new color. The machine will receive 20-inch BMW M wheels with Y-shaped spokes, painted in Jet Black color. Dark accents have also received a grille of the radiator and exhaust pipes.

BMW M850i xDrive Coupe First Edition can be equipped with both exterior and interior elements made of carbon fiber. As an option, a roof is also available from the BMW M catalog. It is also made of carbon.