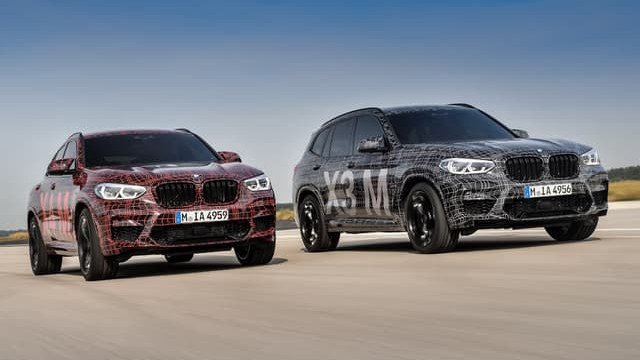 The German manufacturer BMW publishes a video clip with the prototype prototypes of the “inflated” M versions of the new X3 and X4 crossover generation. The premiere of the two cars will take place by the end of the month, and they will appear to the public at the Geneva Motor Show in March.

The cars are covered with camouflage, but the improvements in aerodynamics that have affected the exterior mirrors and the bumpers with large air intakes are still visible. The crossovers will receive aluminum wheels and a 4-pipe exhaust system.

So far, the technical characteristics of the BMW X3 M and BMW X4 M are kept secret. According to unofficial data, the two cars will get a regular 6-cylinder engine with a capacity of 3.0 liters. The power of the unit will be 450 hp and will have an option package to increase it to 475 hp.

Both models will receive a four-wheel drive system – the same as the new BMW M5 sedan but specifically tailored for crossovers. Vehicle equipment will feature all modern systems and electronic assistants that are also available for standard X3 and X4.

So far, the BMW X3 was one of the Bavarian models for which there was no M-version, so it would be the first such car. Correspondingly, the M-variant will be for the X4 cross-coupe, which is built on the same platform (CLAR) and uses the same aggregates as the X3.