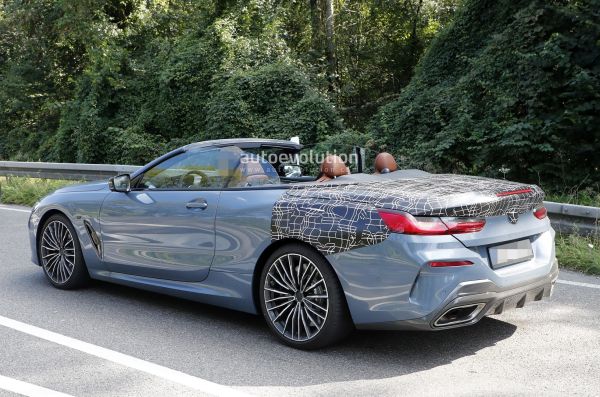 The future of the BMW 8-Series was officially presented in a coupe version, but fans are also eagerly looking forward to the cabriolet. His premiere will take place very soon, judging by the fact that the Bavarians are already testing prototypes on which there is almost no camouflage.

Pictures of two such cars shot in Germany were published on the Internet. One of the machines is with a raised roof, while the other – with the downstairs and the shelf. It is precisely from the pictures of the two prototypes that we can see what will be the serial version of the cabriolet.

The engines of the open version will be the same as the passenger compartment. So far, there are two engines – a 4.4 liter twin-turbo V8 and 3.0-liter, 6-cylinder in-line. The first will be on the M850i ​​xDrive and will develop 530 hp. and 750 Nm, and the second – the 840d xDrive. It offers 320 hp and 680 Nm. The engines are combined with an 8-speed automatic transmission and a four-wheel drive system.