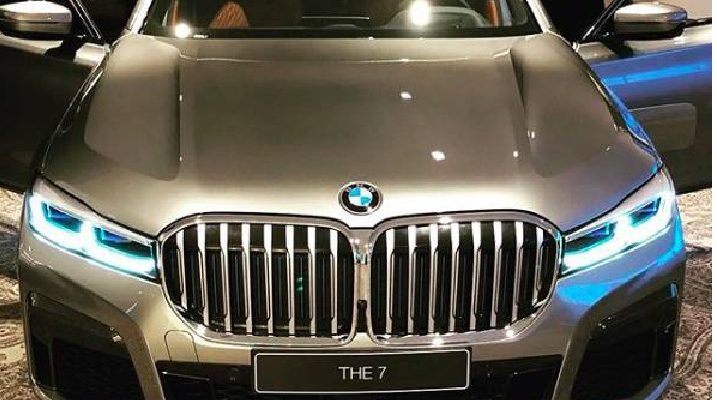 BMW 7 Series facelift 2020 appears on the internet and things look more than clear. The photo reveals the front of the luxury sedan with the registration number “The 7”. The photo is pretty real, and it looks like it was made during a preview. Unfortunately, it is not clear where the photo was made.

The huge kidneys inspired by the SUV BMW X7 cannot be ignored. They are bigger than ever and we see plenty of chrome. The redesigned headlights and bumper reveal new design trends in the brand.

This picture reveals a more conventional look for the bumper than the Vision Future Luxury Concept with a central grille, surrounded by two side grilles.

The engine will see some updates and will probably include some of the new ones that we see in the 8 Series and X7. We will learn more at the Geneva Motor Show in March, where the BMW 7 Series 2020 will have its world premiere.