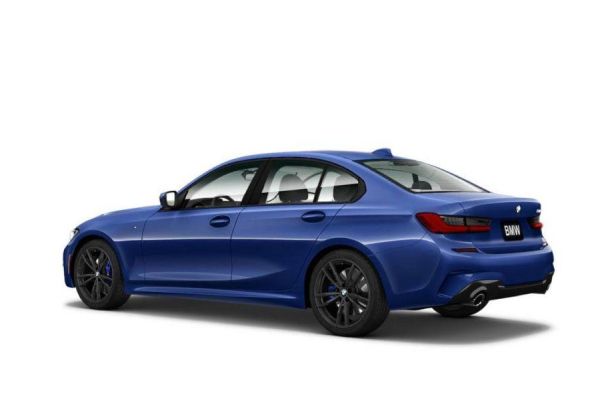 Pictures of the new generation of the BMW 3-Series with the G20 index appeared on the internet hours before the model’s official debut. They were published in the official brand configurator, showing the 330i version with the M Sport package and the top-version M340i.

The car has kept its proportions but has a much more aggressive look. The sharp edges on the body have been increased, the shape of the LED optics has changed, the bumpers and the shape of the airbags are different.

The model will be available in 4 new colors – Dravit Gray, Tansanit Blue II, Citrin Black II and Vermont Bronze. There will also be exhaust pipes – round for 330i and trapezoidal for the M340i. The top variant will also receive another radiator grille.

Curiously, there is no traditional joystick selector on the body of the sports car. The BMW 3-Series will teach a complete digital instrument panel, a large touchscreen on the entertainment system, a new steering wheel and a variety of sports seats.

So far, only the engine parameters of the top-of-the-line M340i are clear. This is a 6-cylinder, 6-cylinder turbocharger with a capacity of 3.0 liters. Its power is 365 hp. and 500 Nm, and it works in combination with an 8-speed automatic transmission. The sedan will be available in front-wheel drive as well as with the xDrive company system.