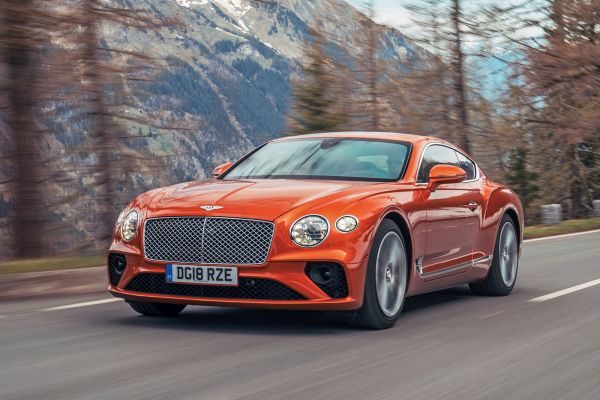 “I’m not going to talk about our future models, but I’ll tell you what we’re not going to do – sports cars, and the sports car segment as well as our own is unstable in a recession and can shrink 50-60% The average age of buyers grows every year, meaning that old enthusiasts are buying cars”, said Adrian Hallmark.

According to him, the Chinese market is also not perpetuating in this sense, as local 30-40-year-old millionaires usually do SUVs and limousines.

“The sporting segment has not won the Chinese expansion, and some manufacturers are trying to change that, but so far unsuccessful”, said the CEO of Bentley motors.

Since the end of 2009, Bentley has not been actively selling its premium models on the Chinese market. Adrian Hallmark plans to change the situation by increasing production from 11,000 to 15,000 vehicles per year. The company also plans to expand its range of premium cars, as Adrian Hallmark sees great potential in this market segment.

According to research by Credit Suisse, since 2000, the number of billionaires on the planet has risen from 574 to 2500, and for millionaires, growth is almost four times up to 18 million. In the current luxury car production – less than 70,000 at about 150,000 pounds, manufacturers just can not meet demand. And according to Holmarck, “The Big Five” – ​​Ferrari, Lamborghini, Rolls-Royce, Aston Martin and Bentley, should prepare for a 50% growth in demand by 2025.

As another priority area, the Bentley manager is considering the launch of hybrids. The first – the Bentley Bentayga, will be available in 2020. By 2025, each serial model of the brand will have a hybrid modification. “If they asked me five years ago, I would say that people do not need hybrids, but today it’s all different.” Porsche was able to present the E-Hybrid as the best version of its model”, added Adrian Hallmark.