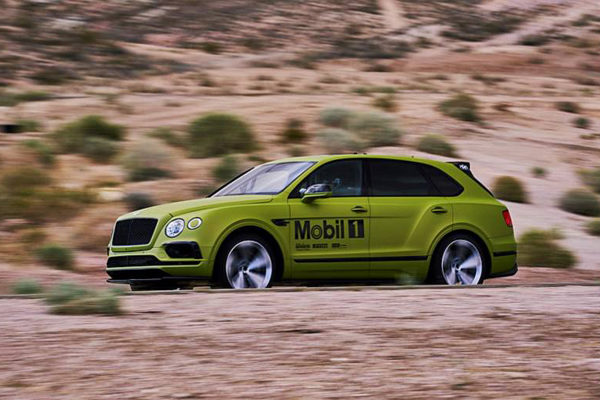 The Volkswagen Group will be more than serious on the start list of the world’s most famous mountain race, the Pikes Peak in Colorado. VW will be part of the electric prototype ID R Pikes Peak and Bentley will be the first in the class of serial SUVs.

The British brand finally showed in motion the slightly modified Bentayga, which will race one of the legends of American motor racing, Miles Mill. Changes in the car are not much – it has received a cage in the passenger compartment as well as sports seats, and the removal of part of the equipment and furnishing of the interior has reduced the weight of the luxury vehicle by 300 kilograms.

The 600-horsepower version of the engine, with adaptive air-conditioning, an Akrapovic sports exhaust plus a Bentley aerodynamic package – a fiber-optic splitter, diffuser, side skirts and rear spoiler.