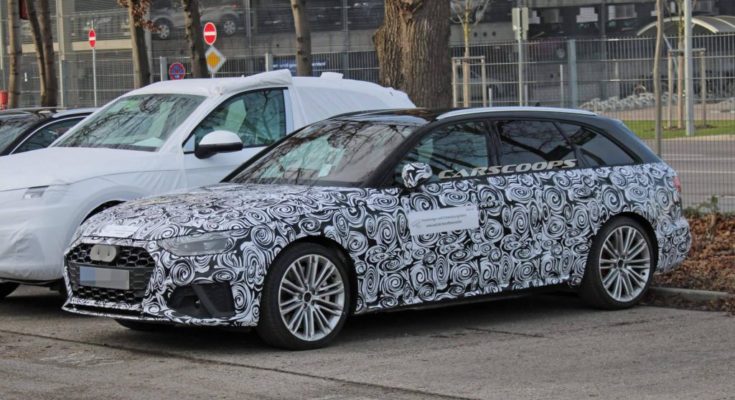 Last month we saw the Audi A4 facelift for the first time, and now it’s time to see the faster version S4.

As before, the Audi S4 is a more powerful alternative, who do not want (or can not afford) the top RS4 Avant. Audi S4 is also a rival of the Mercedes-AMG C43 and the BMW M340i.

The first photos of the new prototype of the Audi S4 are in the Avant version and show a lot of changes. The prototype is completely hidden under a foil that does not allow too many details to be noticed. However, we can see the new air intakes in the front bumper as well as the new grille with RS4-inspired honeycomb net that replaces the design of the current model consisting of horizontal lines.

Headlights will also be greatly changed despite the disguise inside them. They will be with LED diodes. At the rear, the rear lights will also accept a new design, judging by the camouflage. The four exhausts remain, and the rear bumper looks almost unchanged.

Audi S4 will get a refreshed dashboard, which is inspired by the latest A6 and latest technology. Expect a slight update of the power of the 3.0-liter V6 engine with two turbochargers.

With the current model, the engine delivers 349 hp and 500 Nm of torque. Combined with the 8-speed automatic transmission and the mandatory quattro system with self-locking differential and torque redirection, Audi S4 accelerates to 100 km/h in 4.7 seconds (in a sedan version) and 4.9 seconds for the wagon.