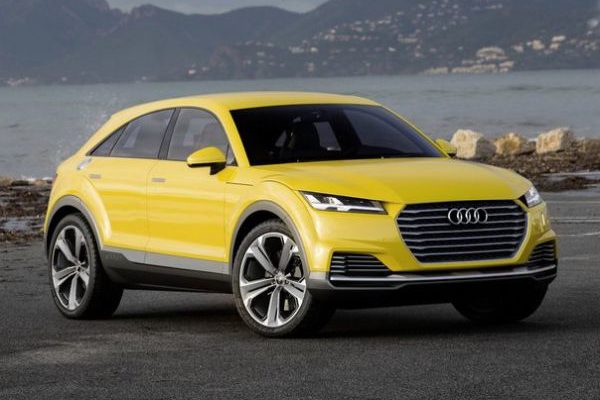 Audi introduced two crossovers – the Q8 and the e-Tron and is now preparing the premiere of the third – Q4. This will be a coupe model developed on the basis of the prototype TT Offroad Concept presented in 2014.

According to Andreas Mindt, the designer of the brand, the future of the Audi Q4 will be “more than a coupe-version of Q3, and will differ significantly from this model”. He did not give any further details about the future cross-coupe, but he revealed that it will be available in early 2019, with its base version costing 31,000 EUR.

The length of Audi Q4 will be 4,500 mm, which is 110 mm more than Q3. This will give more space to the rear seat occupants. In addition, a new infotainment system with a 9.2-inch gesture display will be installed in the salon.

The future Audi Q4 will use the VW Group’s MQB platform. Under the cover will be placed 4-cylinder gasoline and diesel aggregates, and the top-version will receive a 2.5-liter turbocharger with 5 cylinders of the RS3 model. It will work in combination with an electric motor, with only this version of this version going up to 50 km.