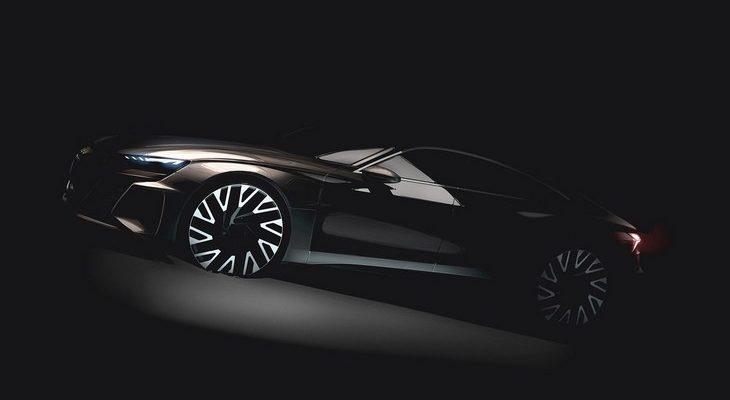 The German company Audi is preparing for the Los Angeles Car Show at the end of the month, where it will show its latest models – both latest and revamped. Among them are A6, A7 A8, Q8, as well as the all-electric crossover e-Tron. Along with it, the e-Tron GT is a electric sports car.

The Ingolstadt-based manufacturer first unveiled the prototype, announcing that it is an electric supercar that will deliver the company’s latest innovations to its Audi Sport range. The result, in this case, is a 4-door coupe, which will be the first sports model in the line of electric cars of the brand.

“You will see a high-dynamic car, which is made using technology developed jointly with Porsche. At the same time, this machine will remain easily recognizable Audi, which can not be confused”, says the statement of Audi.

The term “supercar” typically refers to a two-door coupe or convertible. And we won’t be surprised if that’s the form the concept ultimately takes. But from everything we’ve seen so far, we’ve come to expect a sedan (or four-door coupe), borrowing its underpinnings from sister-brand Porsche’s forthcoming Taycan and previewed by the above teaser image released this past summer.

So far, the Audi e-Tron GT is just a conceptual model, but it will surely come in serial production in 2020. According to unofficial information, like the e-tron crossover, it will get two electric motors – one on each axle, but with (with an SUV it is 360 hp). The 4-door sports-coupled range will be around 600 km and will have to compete with the Tesla Model S.