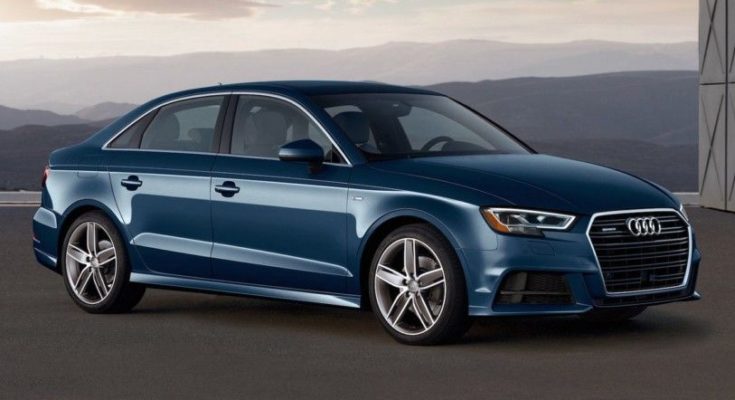 Audi’s American division has made changes to the basic version of the A3. So far, it was available with a 1.8-liter TFSI engine, which features a 2.0-liter turbocharger. Thus the power of the modification was increased by 16 hp. and 28 Nm compared to the previous version.

In addition to a new engine, the facelifted Audi A3 has also received some changes in appearance. These include a new design of the main optics and a slightly redesigned front. The most remarkable change is in the radiator grille, which is increased and gives the car more aggressive appearance

The base version – A3 Premium, is estimated at 31,200 USD for the passenger compartment and 37,600 USD for the convertible. The next levels – Premium Plus and Prestige – are equipped with the same 2.0-liter TFSI engine, but with 220 hp and 350 Nm. They combine it with the 6-speed S Tronic transmission and quattro four-wheel drive.