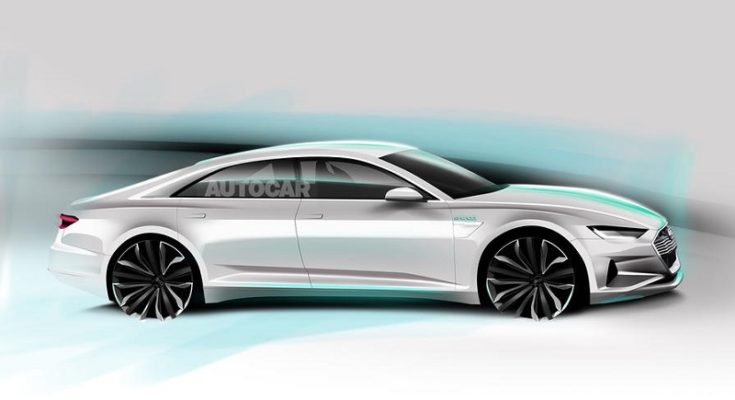 Audi is preparing an all-new luxury sedan that will rely on an electric drive. The machine will be from the A8 segment and will be named A9, says Autocar, quoting Audi chief Rupert Stadler.

The Audi A9 is known to use a number of components of the e-tron quattro concept. The platform will be occupied by Porsche Mission E, which we expect to be available on the market by the end of next year.

The luxury electric limousine will probably take the A9 e-tron token. It is expected that its fully charged battery will reach 500 km. Accumulators with a capacity of 95 kWh and water cooling will be located in the floor of the car and three electric motors will meet the drive.

The total power of the engines will be around 500 hp. Two of them will be located on the rear axle and one on the front. Thus, the electric model will offer a four-wheel drive, and the sprint from up to 100 km / h is expected to take less than 4.6 seconds.

The car will offer inductive charging with electricity, which means there will be no need to plug a plug into the socket. At the moment, however, details are missing.

For its A9 e-tron, the German company also prepares the system for autonomous management. It will be level 3 and will debut on the market next year on the A8. The technology allows a fully autonomous movement of the motorway at speeds of up to 60 km/h.

The Audi A9 e-tron will not only top the range of branded models, but will also launch a whole family of electric cars. In 2020, Audi will have at least 3 electric cars in its range, and by 2025 electric vehicles will represent 25% of it, reveals Stadler.

At the moment it is not clear exactly when the A9 e-tron will be presented. However, his market premiere will take place before 2020. The model will compete with electric cars of the Tesla Model S.