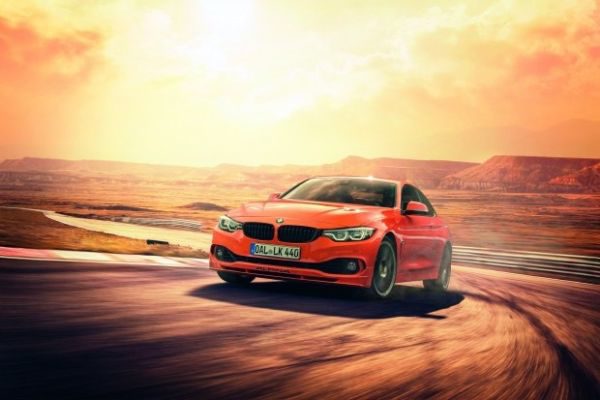 The tuning studio Alpina presented limited edition BMW B4 S bi-turbo coupe, which was named Edition 99. The cars received a 425 hp engine, a titanium exhaust system and a choice of five colors. The special version will be produced in only 99 pieces.

From the usual BMW Alpina B4 S Bi-Turbo, this car feature the modified 3-liter V6 engine, which has a maximum power of 440 hp and torque of 660 Nm. However, the dynamic characteristics remain unchanged: the four-wheel drive accelerates to 100 km/h in 3.9 sec, while the passenger compartment and the rear-wheel cabriolet only take 4.2 sec. The maximum speed, depending on the modification, is 303-306 km/h.

The BMW Alpina B4 S Bi-Turbo Edition 99 has a titanium exhaust system of the Slovenian company Akrapovic, which is 7 kg lighter than the standard Sport Plus suspension (for the passenger compartment only) and 20-inch forged aluminum wheels. In addition, the equipment includes multiple-contour seats, matt-black aluminum shift switches, self-locking differential and elements in the leather and alcantara saloon.

In February, Alpina introduced the XD3 diesel crossover, built on the new generation of the BMW X3. The car received a modernized six-seater, new suspension and a special four-wheel drive operation.