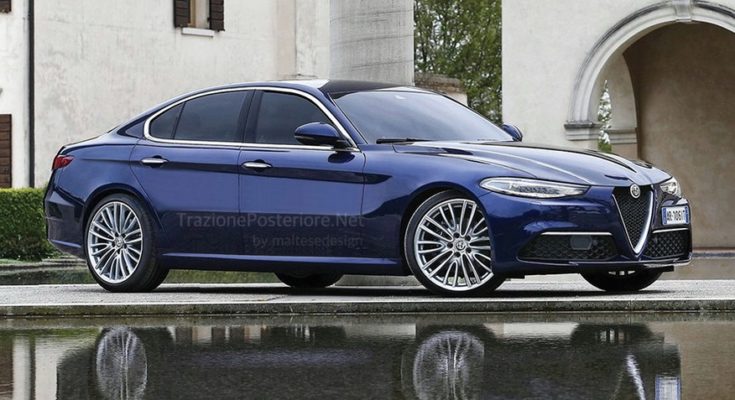 Alfa Romeo’s model upgrade policy has led to the development of the new Giorgio platform on which the Alfa Romeo Giulia sedan and the Stelvio crossover were built. The first one is already on the market, and the second one is at the end of the tests. But the company is already working on a third model based on the same architecture.

According to the Carscoop, it will be a big sedan – the Alfa Romeo Alfetta, which will become an ideal heir to models like the Alfa Romeo 164 and 166. In marketing terms, the model will be positioned at the top of the Italian manufacturer’s range and will have to competing with models such as the BMW 5 Series, the Mercedes-Benz E-Class, the Audi A6 and the Jaguar XF.

The big sedan will not only use the Giulia platform but also the same engines and gearboxes. Accordingly there will be a “hot” modification, which will receive a 2.9-liter V6 engine developing 510 hp. It will be taken from the Alfa Romeo Giulia Quadrifoglio Verde and will become a direct rival of the BMW M5.

It is expected that the model prototype will appear in early 2017 and the start of the production and the world premiere are scheduled for 2018. The name Alfetta is not unknown to the fans of the brand – in the period 1972-1984 the company produced a model with this not only in Italy, but also in South Africa.